NJCU and President Dr. Sue Henderson invite you to experience three remarkable evenings of fascinating lectures and stimulating conversation in celebration of our State’s 350th birthday. The series brings renowned world-class speakers to Jersey City and will be held in the Margaret Williams Theatre on the NJCU Campus and at the Liberty Science Center.

Don’t miss this rare opportunity to learn from some of the best known leaders in their fields and enjoy a very special birthday party for the Garden State. Each lecture will focus on one of the three NJ350 themes giving you the rare opportunity to enjoy these celebrated lecturers right here in Jersey City. Each program will feature special guests to introduce the speakers and concludes with a lively question and answer segment. 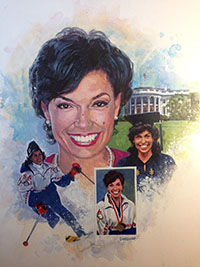 Called “one of the five most inspiring women in America,” Bonnie St. John truly is a remarkable individual who has risen to the highest levels of achievement in a variety of endeavors. Despite having her right leg amputated as a child, she became the first African-American to win Olympic or Paralympic medals in ski racing, taking home three in downhill events at the 1984 Paralympics in Innsbruck, Austria. In recognition of this historic achievement, she was honored at the White House by President George W. Bush and appeared on millions of Starbucks coffee cups.

She is the celebrated author of six books and her most recent #1 bestseller, How Great Women Lead, took her around the world profiling fascinating women leaders including Hillary Clinton, Condoleeza Rice, Facebook’s Sheryl Sandberg, and many more. She has been featured extensively in both national and international media, including The Today Show, CNN, CBS Morning News, NBC News, PBS, NPR, the New York Times, People and Essence, to name just a few.

There is probably no one who captures the spirit of New Jersey than Bonnie St. John, who was a Jersey resident for several years. She is demanding, successful, inspiring, humorous and motivating and has never let anything stand in the way of achieving her goals. She provides the perfect conclusion to the NJCU Presidential Speaker Series and you will not want to miss this entertaining program. A special VIP Meet and Green Reception will feature a custom birthday cake for the State created by Carlo’s Bakery. 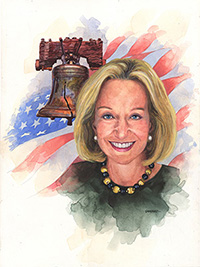 Doris Kearns Goodwin is a Pulitzer Prize-winning author and respected presidential historian. Among her six critically acclaimed New York Times best-selling books is The Bully Pulpit which provided the foundation for the “The Roosevelts: An Intimate History,” the recent PBS hit by documentary filmmaker Ken Burns. Some of her other popular books include Team of Rivals: The Political Genius of Abraham Lincoln which became the basis for Steven Spielberg’s popular film Lincoln and The Fitzgeralds and the Kennedys, which was adapted into an award-winning TV miniseries.

Ms. Goodwin is well-known for her frequent television appearances and commentary where she is seen on NBC, CBS, ABC, Fox, CNN, “The Charlie Rose Show,” “The Daily Show with Jon Stewart,” “The Colbert Report,” “The Tonight Show” and many more. A devoted Red Sox fan, Ms. Goodwin earned a Ph.D. from Harvard University where she taught Government. Once an advisor to President Lyndon Johnson, she is the winner of the Charles Frankel Prize, given by the National Endowment for the Humanities, the Sarah Joseph Hale Medal and the Gilder Lehrman Lincoln Prize. 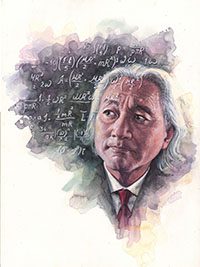 NJCU and the Liberty Science Center are pleased to present Dr. Michio Kaku, a theoretical physicist, best-selling author, renowned futurist and science popularizer. In addition to being the author of numerous New York Times best-selling books, including his most recent, The Future of the Mind, Dr. Kaku has starred in science programs on The Discovery Channel, The Science Channel, BBC, ABC and The History Channel. He is a regular guest on news programs including those on CBS, Fox, CNBC, MSNBC and CNN as well as appearing on all of the major talk shows including “The Daily Show with Jon Stewart,” “The Colbert Report,” “The Late Show with David Letterman,” “The Tonight Show with Jay Leno” and many others.

Dr. Kaku has been a featured columnist for science publications from Wired and Cosmos to Popular Mechanics. He is also the author of several scholarly, Ph.D. level textbooks and is a regular contributor to physics journals. With a Ph.D. from the University of California, Berkley, Dr. Kaku holds the Henry Semat Chair and Professorship in Physics at the City College of New York and is a visiting professor at the Institute for Advanced Study at Princeton.

A limited number of tickets is available for a private VIP Meet & Greet Reception with Dr. Kaku and special guests following the lecture. VIP Tickets include priority parking, priority reserved seating, hors d’oeuvres, beverages and a birthday celebration for the State.

Thank you to our NJCU Presidential Speaker Series sponsors! 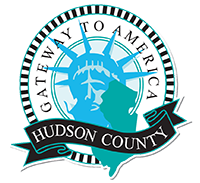